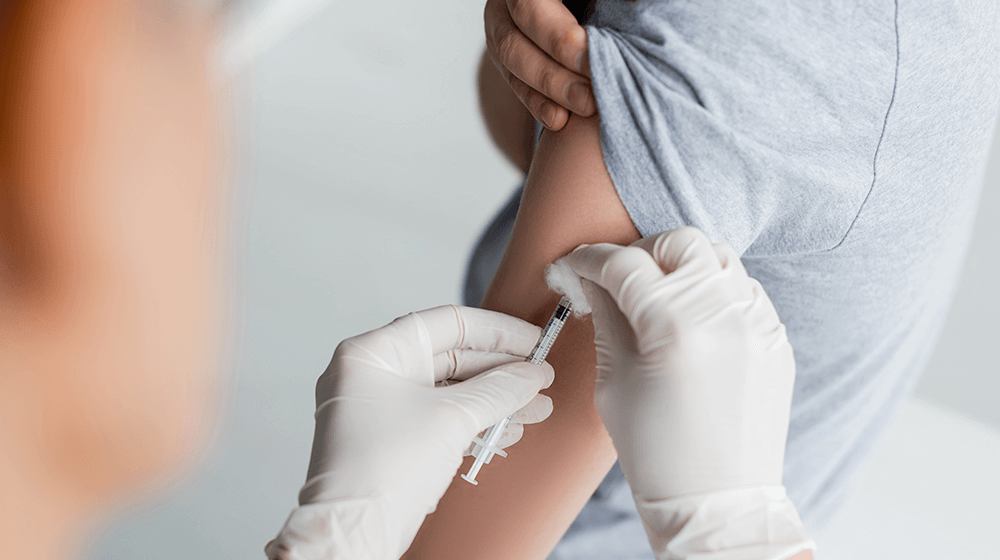 Businesses have been whipsawed over the past year on the issue of implementing COVID-19 vaccine rules. The Supreme Court decision against a broader vaccination requirement, and the Occupational Safety and Health Administration’s recent withdrawal of the rule, now leave business owners with the question of whether or not to establish or maintain their own rules.

Although businesses preferred to incentivize rather than require vaccines when they became widely available last spring, support for workplace vaccination rules grew when the COVID-19 Delta variant caused a spike in infections in the autumn. Several companies with a higher risk for infection, including airlines and hospitals, established their own vaccine mandates.

OSHA followed suit with a proposed emergency temporary standard, applicable to employers with 100 or more workers. The Department of Labor described the rule as “strongly encouraging vaccination” by having these employers establish COVID-19 vaccination policies, provide paid time off for workers to get vaccinated, and require unvaccinated employees to wear a face covering. The rule also set a deadline for workers at these companies to either get vaccinated or test weekly for the virus.

A stay on the implementation and enforcement of this rule was ordered by a federal circuit court, but lifted by the judicial panel of another circuit court. This decision was subsequently appealed to the Supreme Court, which reinstated a stay in a 6-3 decision where the majority determined that the emergency temporary standard was applied too broadly.

The Supreme Court decision would have returned the matter to the U.S. Court of Appeals for the Sixth Circuit, where it was expected to face defeat. OSHA instead withdrew the emergency temporary standard, with a notice saying the agency continues to strongly encourage workers to get vaccinated.

There is still the potential that OSHA could issue stronger vaccination rules in higher risk industries, such as meatpacking plants, and the Biden administration has consistently urged businesses to establish their own vaccine requirements. Speaking before the U.S. Conference of Mayors recently, Labor Secretary Marty Walsh said the Department of Labor will “continue to urge employers to establish vaccine, testing, and masking policies, and we’ll continue to provide the guidance they need to take these steps.”

The defeat of the OSHA rule leaves a patchwork of competing state and local rules on COVID-19 vaccine requirements. These include 14 states whose governors have barred such mandates altogether, 20 where mandates apply to certain employers such as schools and health care providers, and a vaccine requirement for in-person workers at private employers in New York City.

Businesses have responded to the Supreme Court decision in differing ways. Some have opted to maintain the COVID-19 vaccine requirements, or to go ahead with the policies they were preparing in accordance with the OSHA rule. Others have held off on such requirements or eased back on them, such as Starbucks continuing to encourage vaccination but scrapping a deadline for employees to get vaccinated or submit to weekly testing. While a Willis Towers Watson survey issued before the ruling found that 57 percent of employers were planning to establish vaccine requirements, this included about one-third who said they would only do so if the OSHA ruling was upheld.

Businesses must weigh a variety of factors when deciding whether to go ahead with implementing their own vaccination rules or maintaining a current policy. These include employee response, liability, public relations, and effectiveness.

Advocates for COVID-19 vaccine requirements say they will help make workplaces safer and are a necessary step to returning employees to in-person operations. Data has shown that such rules help increase vaccination rates, and that vaccinations are effective in reducing the likelihood of catching the virus while dramatically reducing the possibility of hospitalization or death.

Support remains high for COVID-19 vaccine rules in the workplace, even after the Supreme Court ruling. A Morning Consult poll issued immediately after the ruling found that 56 percent of the 2,200 respondents felt that employers should require vaccinations, with 33 percent opposed. Other polls have yielded similar results.

However, vaccine requirements have also become a polarizing issue. Surveys have shown that the rules have considerably lower support among Republicans and unvaccinated workers.

This divide has raised concerns among business owners that opposition to the policy could driver workers to quit or result in legal challenges. The partisan divide has also raised the specter of public blowback, such as that experienced by the blue-collar clothing company Carhartt after it announced that its vaccine requirement for workers would stand despite the Supreme Court decision.

The highly infectious Omicron variant has also created new complications. A recent Wall Street Journal editorial argues that the variant makes vaccine mandates obsolete since Omicron has a higher incidence of breakthrough infections. However, some companies have modified their policies in response to require in-person workers to get booster shots.