How Vulnerable Is Your Industry to the Great Resignation? 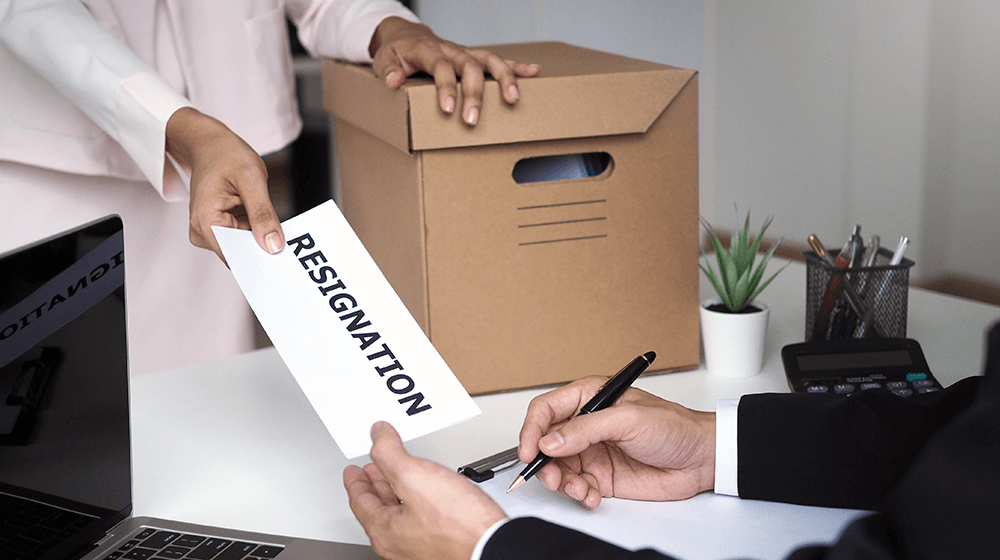 The exodus of millions of workers from their jobs, a trend dubbed the “Great Resignation,” is showing no signs of stopping. The latest data from the Department of Labor’s Bureau of Labor Statistics showed a record high number of employees gave their notice to their employer in September.

The month’s report on job openings and labor turnover for the month shows 10.4 million job openings at the end of September, with 6.5 million people being hired. Conversely, there were 6.2 million separations, the bulk of which (4.4 million) were a result of workers quitting. The quits rate has been steadily ticking up, rising from 2.3 percent in September 2020 to a record high of 3 percent – including a 3.4 percent rate in the private sector and 1 percent among government employers.

Despite a strong jobs report in October, the labor force remained essentially unchanged. There were approximately 75 unemployed people for every 100 open positions in September, the lowest ratio on record.

The arts, entertainment, and recreation industry saw a substantially higher number of workers resigning in September. The total tally rose 56,000, from 68,000 to 124,000, as the highest monthly increase of all industries. The quits rate jumped from 3.2 percent in August, on par with the overall private sector quits rate, to 5.2 percent.

Accommodation and food service continued to have the highest quits rate at 6.6 percent, although this was unchanged from August. The number of quits fell by 4,000, but the industry still had the highest number of resigning workers at 863,000.

The retail quits rate stood at 4.4 percent, with 685,000 workers leaving the industry in September. At the same time, the number of quits was down by 45,000 compared to August.

After the arts, entertainment, and recreation industry, the largest increases in quits occurred in other services (up 47,000), health care and social assistance (up 37,000), and state and local government education (up 30,000). The number of people leaving the wholesale trade industry fell by 30,000.

Private sector industries with the lowest quits rates included finance and insurance (1.5 percent), mining and logging (1.5 percent), real estate and rental and leasing (1.6 percent), and educational services (1.7 percent). However, educational services saw a significant increase in workers leaving, with the quits rate jumping half a point in September and the total number of resignations growing by 17,000.

Businesses that have been struggling to find workers have often been seeing elevated levels of employees quitting as well, especially when in-person work is required. The decision to leave a job has often been influenced by factors such as frustration with low wages or poor working conditions. Employees have also found themselves with greater leverage as businesses compete for talent, with a substantial share of workers exploring other opportunities for a potential improvement to their salary and benefits.

A recent report from the employee analytics company Visier found that the turnover that has been occurring since the start of the COVID-19 pandemic has not been driven by the traditional departures of young professionals. Rather, those who have been more likely to quit include workers with five to 15 years of tenure at their job, those between the ages of 40 and 45, and women. This has resulted in the loss of more experienced workers who are more difficult and expensive to replace.

Visier recommends that companies conduct an internal assessment to determine which employees are leaving and why. This information can help them determine how the departures are impacting their company operations, what skills they are most at risk of losing, and where they should focus their retention efforts.