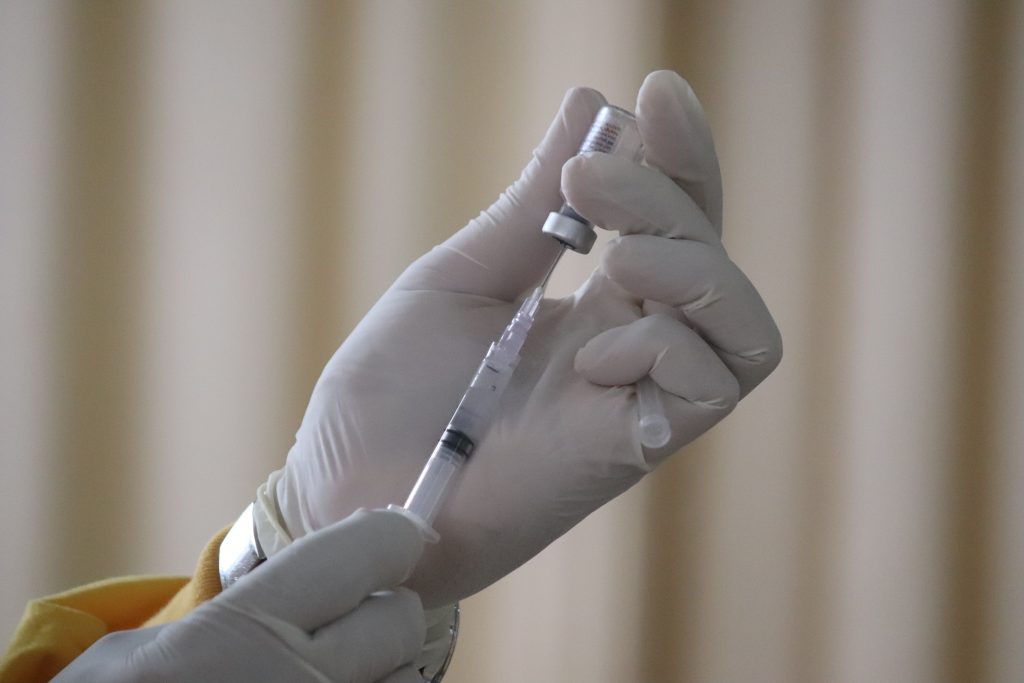 There has been a swift response to a COVID-19 vaccine mandate for workplaces put forward by the Occupational Safety and Health Administration last week. More than two dozen states have filed legal challenges against the mandate, while White House officials have issued some clarifications on exemptions and what next steps they might be taking.

The emergency temporary standard issued by OSHA applies to businesses with 100 or more employers and requires them to establish a policy on COVID-19 vaccinations for workers. The rule requires that applicable businesses put most of the provisions, such as requiring unvaccinated workers to wear a face covering when in a workplace environment with others and providing paid time off for employees to get vaccinated, by Dec. 5. Starting on Jan. 4, businesses must require employees to be vaccinated or be tested weekly for COVID-19.

The OSHA rule comes as the Biden administration says a more robust vaccination rate is necessary to continue the economic recovery from the pandemic in the United States, and as several large employers have established their own mandates.

A judicial panel from the U.S. Court of Appeals for the Fifth Circuit in Louisiana issued a temporary injunction on the OSHA rule on Saturday. The court could potentially make the injunction permanent, setting up the issue for a challenge before the Supreme Court.

Twenty-six states have also filed legal challenges to the mandate, challenging its constitutionality and OSHA’s authority to issue the rule. Critics say the agency is exceeding its power and that any national mandate would need to be established by Congress.

The White House has expressed its confidence that the mandate will be upheld in court. Several employer-level mandates have already survived court challenges, including a recent Supreme Court decision allowing Maine to require health care workers to get vaccinated and not allowing religious exemptions.

Surgeon General Dr. Vivek Murthy, speaking with ABC’s This Week, said the White House hasn’t ruled out extending the mandate to smaller companies. However, he said the administration is currently focused on the implementation of the current mandate rather than efforts to expand it.

The mandate itself offers a similar rationale, saying OSHA was confident that employers with at least 100 workers would have the administrative capacity to implement the rule promptly but was uncertain whether smaller workplaces would be able to do so without “undue disruption.” The agency says it is taking more time to assess the potential impact on smaller employers and is seeking comment on the issue.

The National Federation of Independent Business, a small business advocacy group, expressed its opposition to the mandate by saying it would exacerbate challenges faced by small employers. Karen Harned, executive director of NFIB’s Small Business Legal Center, said the organization “remains opposed to this rule that restricts the freedom of small business owners to decide how best to operate their own businesses and imposes unwarranted burdens on small businesses that further threaten the small business recovery.”

Trucking companies were assured that they would be largely exempt from the mandate’s rules when Labor Secretary Marty Walsh said in an MSNBC interview that the rule would not impact most truck drivers. Industry trade groups had expressed concerns that opposition to the rule could worsen a shortage of drivers and make supply chain issues more difficult to resolve.

Walsh said the mandate does not apply to workers who do not report to workplaces where others are physically present – including truck cabs where the driver is the only person in the vehicle. The rule would still apply to drivers who interact with others at their point of destinations or truckers who work in teams, with more than one person in the cab.