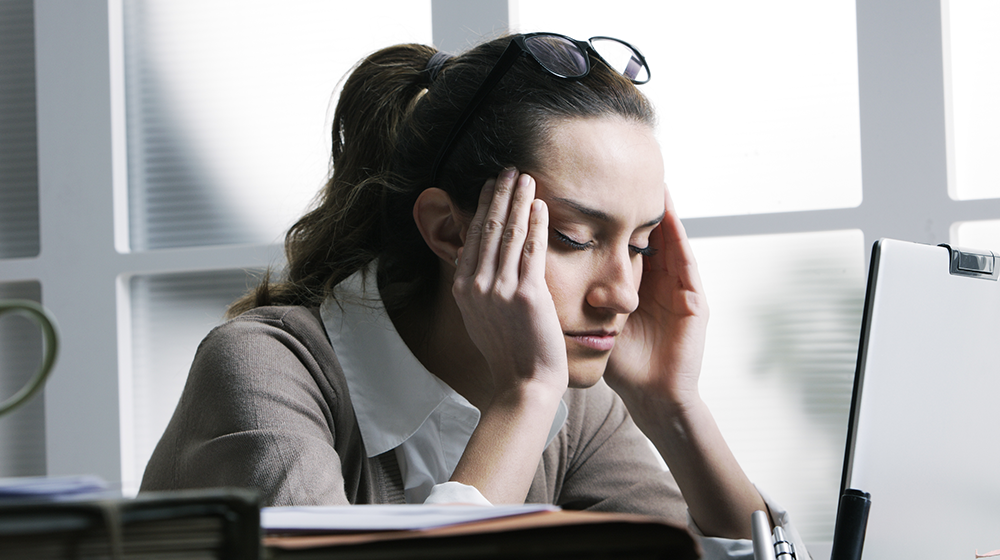 Worker stress has become a more significant problem for employers as burnout levels remain high and employees say their personal health and wellbeing has an impact on their productivity, according to recent surveys issued in January.

A survey from the major insurer The Hartford looked at 2,000 employees’ experience with health care, wellbeing, and stress. A separate survey of middle-market CEOs by Marcum LLP and Hofstra University School of Business explored how workers’ stress has impacted company operations.

The survey from The Hartford found that 43 percent of workers have delayed routine health care since the start of the COVID-19 pandemic. This was primarily due to fears of contracting the virus, with 47 percent giving this reason. However, 21 percent said they did not consider health care a priority.

Sixty-three percent said they believe their overall health and wellness affects their productivity. Thirty percent said they’re less engaged with their work, while one in four said they’ve had trouble concentrating or focusing on their tasks.

Sixty-one percent said they’ve felt burnt out at work. This share has remained steady, with the same share reporting burnout in February and July of 2021.

However, the Marcum and and Hofstra survey found four out of five middle-market CEOs reporting that stress and employee retention have become more significant issues facing their companies. Eighty-six percent reported problems with employee retention, including 43.2 percent citing it as a major concern.

A total of 85.6 percent of CEOs recognized greater stress in at least some of their workforce, with 34.2 percent saying they noticed heightened stress in a large number of their staffers. Nearly three-quarters of respondents (73.2 percent) said their company said they offered some form of assistance to employees facing greater stress, with 32 percent offering on-site assistance or covering stress relief services on their insurance plan.

The data suggests that employers are looking to address the health and wellbeing of their employees as part of an effort to retain workers, especially as workers quit in higher numbers.

Dr. Adam Seidner, The Hartford’s chief medical officer, urged people to continue attending routine health care visits, saying they can offer advance warning of health conditions like high blood pressure or diabetes. He recommended that employers be active in encouraging employees to be mindful of their own health.

“Employers play a key role in helping to remove some of the barriers to health care, which is important in helping people live active and productive lives,” Seidner said. “I encourage employers to continue to offer the flexibility needed to ensure their employees can take key steps to improve their mental and physical health – and avoid the dangers of delayed care.”

Seidner made several recommendations for actions employers can take to assist workers in reducing stress and improving their health. These include offering benefits and resources to address physical and mental health as well as financial resilience; frequently communicating with workers to remind them of available benefits and services; offering flexibility for employees to make medical appointments; and leading by example by making your own appointments a priority.